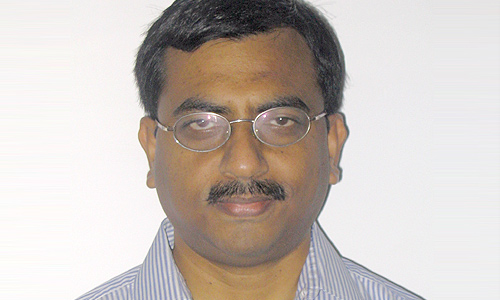 Mr. Shyamal Datta is a result oriented leader with a passion and track record of creating high performance teams, having built multiple teams from scratch in diverse functional areas, starting from R&D to Manufacturing to Services and Support, to meet and exceed target growth metrices.

Mr. Shyamal Datta has a Bachelor of Technology degree in Electronics Engineering from IIT-BHU, Varanasi, with advance level certification in International Business from IIM-Calcutta. Mr. Shyamal Datta spent a decade with the leading office automation company in India, where he designed and led the development of several embedded system products, which turned out to be the market leaders by a very wide margin.

Mr. Shyamal Datta played a key role in developing the eco-system for the development and subsequent mass production, through partnerships with vendors both domestic, as well as international, including PCB fabs, testers, EMS providers and ASIC fabricators.

Mr. Shyamal Datta was also part of the core team that started the companies Real Time Embedded business in the EMEA region. He has deep experience in leading functional teams in MNC organizations, including R&D operations, as well as Support and Services at a global level.

In the social arena, Mr. Shyamal Datta passionately believes in working for the cause of environment and young children, and has been working with several NGOs in these areas. 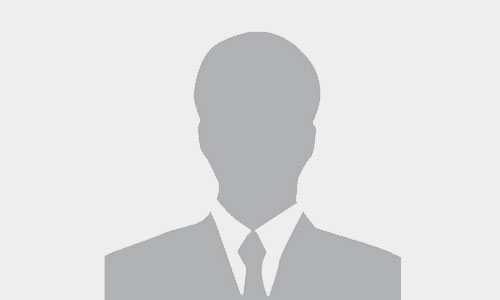 Mr. Atanu Mukerji is a passionate and independent technologist. He is also a natural leader. He has worked with various different domains like telecom, control and instrumentation, automation, LED lighting and IoT. His expertise lies in embedded hardware and firmware development. Start-ups are not new to him. This is his third start-up. His latest start-up was involved in developing new technology for the Cleantech Sector. The product was very popular and was sold pan-India and also in parts of Africa. He has long exposure of working in deep-rural areas of India while partnering with prominent policy making bodies, NGOs and government organizations. He has a good understanding of what technology works for rural citizens. He has interacted extensively with microfinance organizations and banks working in rural areas. He has close links with several grass root NGOs.

In his own start-up he has developed complete products. Has lead teams to setup the complete value-chain for taking a product from concept to mass-production. He has worked in different divisions in organizations from R&D, Reliability Engineering, Production and QA and even in Marketing. In earlier engagements, Mr. Atanu Mukerji has developed products for companies as independent consultant also.

Mr. Atanu Mukerji has built strong technical and multi-skilled teams. He has led cross-geographic teams while working with MNC organizations. He has experience of managing cross-cultural teams and working across different regions within India and across the globe. To back it up academically, he has an Advanced Diploma from IIM Calcutta in International Business. He also holds an MBA specializing in Strategy and Finance from MDI, Gurgaon. He is an Electronics and Telecommunications graduate by education. 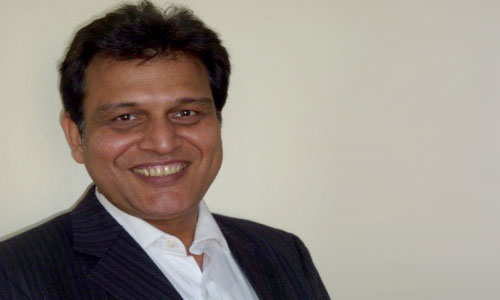 Amitabh has nearly 35 years of experience mostly in the Internet, Telecom & IT industry, which incudes Internet industry leadership positions, having been a Founder, Trustee, President, Board Member and CEO of several organizations both in India and in the US.

He was on the Expert Group of the Prime Minister’s Committee on Telecom and IT Convergence back in 1999-2000. As a Founder/President/CEO of ISPAI and NIXI, he was one of the earlier pioneering Internet Industry leaders. He helped shape public policies in the Internet & Telecommunication sphere as a member of various governmental and industry committees, expert groups and task forces.

In the past, Amitabh has worked with companies like GTL Limited (over13 years) as Senior Vice President and Group Head of Corporate Affairs, apart from his previous stints with, ICIM (RPG Group) Network Ltd. (an HCL Company) and PCL Ltd., in the 1980’s, where he was involved in introducing the use of personal computers to upmarket businesses and government & public sector undertakings.

He holds a Law degree, PG in Marketing and Certificate in Corporate Directorship (where his dissertation was on Building High Performance Boards). 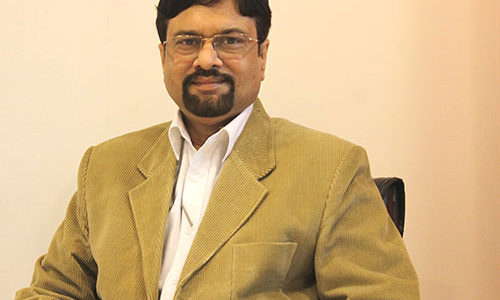 Mr. Suneel Gupta has a GCE Certificate from Cambridge University and holds a bachelor's degree from IIT Kanpur specializing in Electronics & Computer Science [1984].

His career began with Network Ltd. where he was spearheading the development of hardware and firmware products. In Network he is credited with many Innovations including his own Microprocessor. He was also involved in the Design of an ultrasound scanner which is used for Medical Diagnosis. For the last 10 years, Mr. Suneel Gupta has been spearheading the development of Technologies in the Financial Inclusion space and is credited with many nnovations in the alternate Banking methodologies. 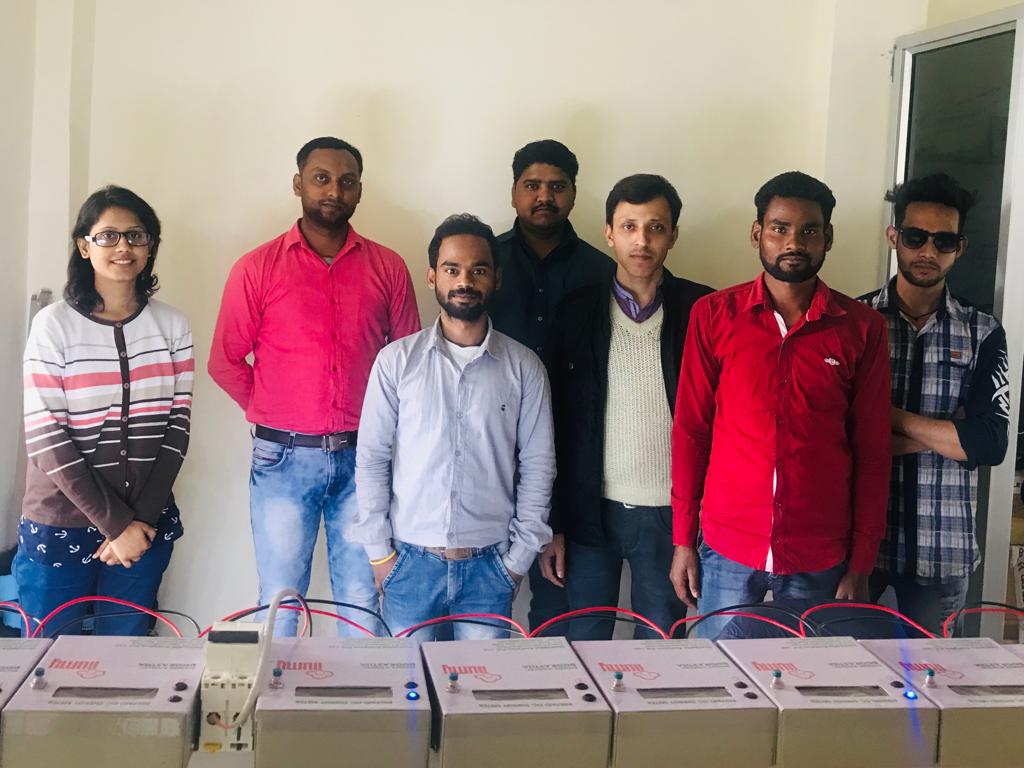 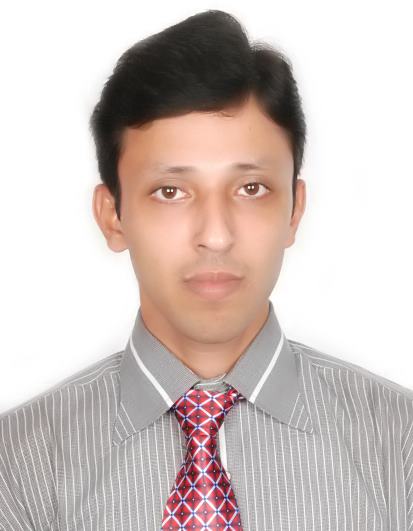 Praveen Kumar Ray works at Doorastha Analytics Private Limited from the past 1.8 Years as Engineer Manufacturing Operation and is involved in production management and quality control. He is involved in all the technical aspects such as in manufacturing, design and development of prepaid DC smart meters including procurement, PCB layout & fabrication. Praveen is also responsible for inventory management, record keeping and leadership building with continuous development. Praveen has a B Tech in Electronics & Telecommunication Engineering and has five years of experience in the field Electronics Manufacturing Services (EMS) & Renewable Energy. With a proven track record in manufacturing, engineering procurement construction (EPC) besides this he is passionate to learn latest technologies in the field of Energy systems. 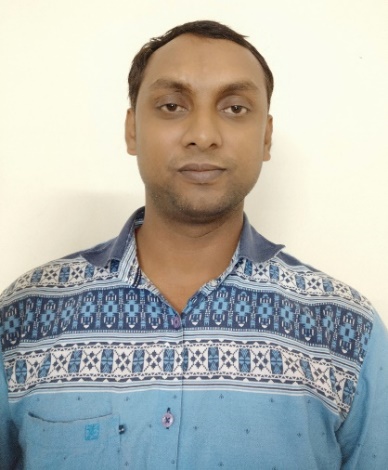 Ravi has over 8 years of experience in electronics and semi-conductor industries with sound knowledge in renewable energy. He is working with Doorastha from past six months as Engineer field operation. He holds Diploma in Electronics & telecommunication. Ravi likes playing cricket and listening music. 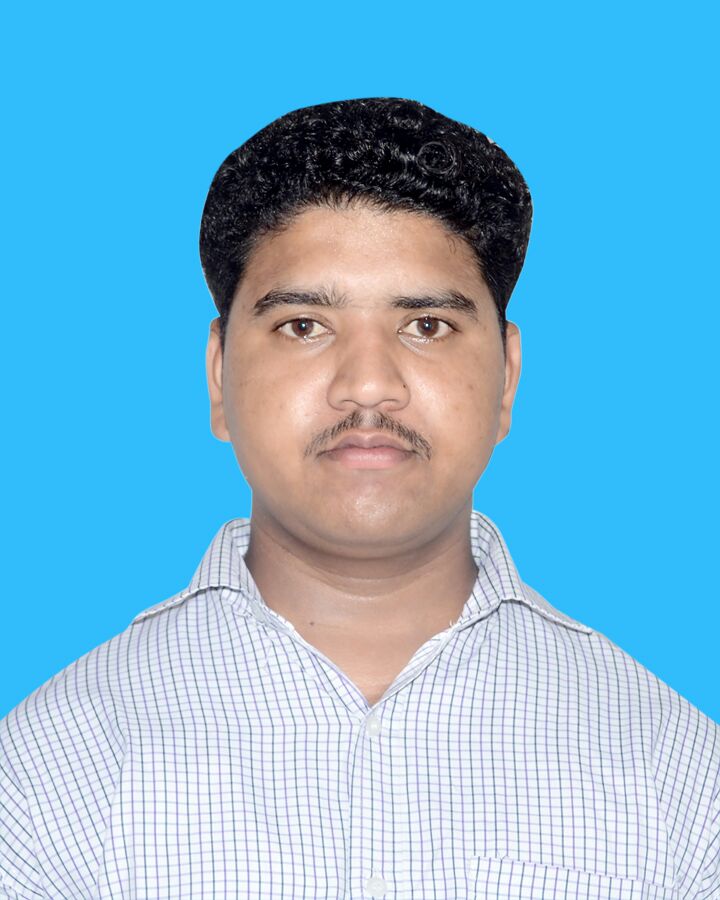 Vinod works as R&D Engineer with Doorastha from the past two years. He holds B. Tech in Electronics & Communication from Punjab Technical University. He hones rich experience in embedded hardware & software development and IOTs. He is skilled at hardware development, solving development problems, developed firmware for the Prepaid type smart DC energy meter. He has also developed a node device which is connected to the Solar Plant that monitors the total power generated from the Solar plant, consumption and monitors the data. He is responsible for data collection, analysis and continuous development. He is always looking for creative & innovative to work. Vinod can work and manage under any situation with determination to achieve the desired goals. In his free time, he likes listening to music, painting and driving. 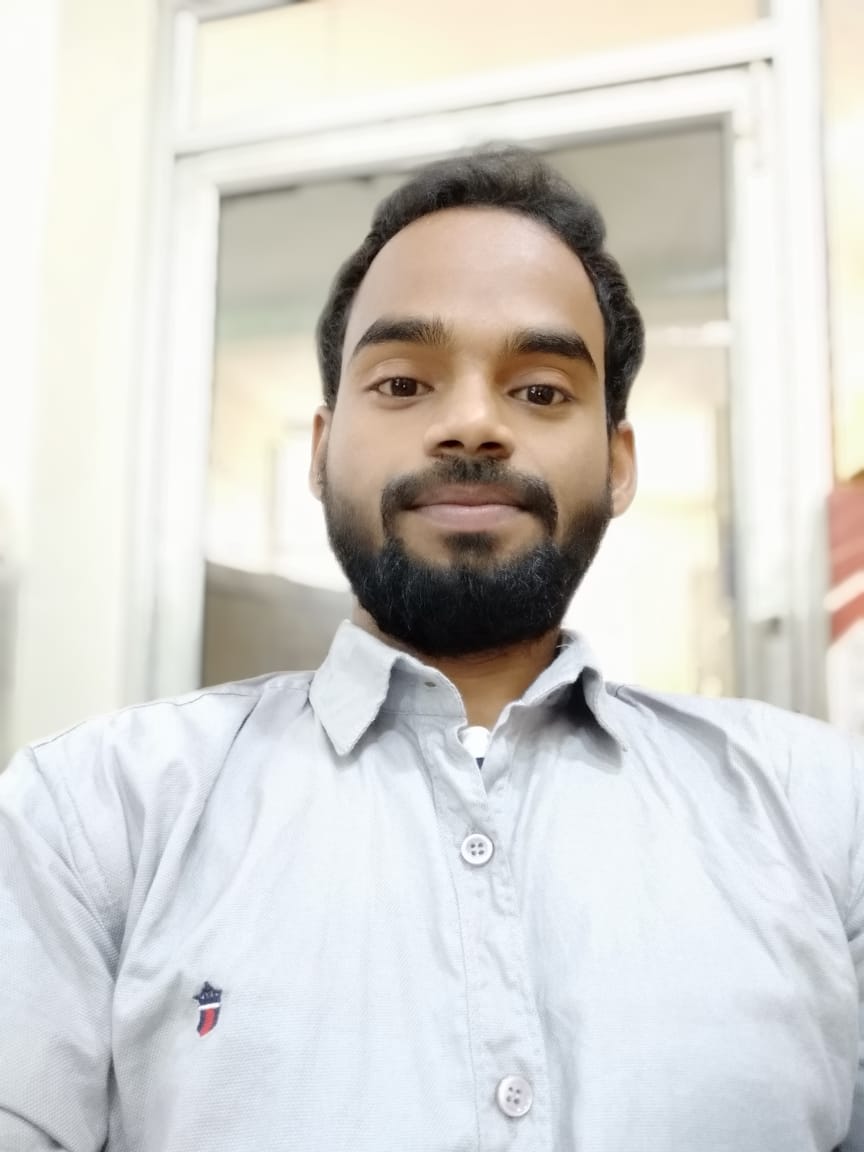 Sunil works at Doorastha as electrician in R&D Production. He has one-year experience in the field of R&D production and troubleshooting. He has previously attended training with IIT Kanpur on social entrepreneurship and also has done one-year apprenticeship with Bharat Electronics Limited, Ghaziabad in the electronics domain. He is a graduate from Delhi University in Electronics Mechanics, Khichri pur. In his free time, he likes playing cricket and listening music. 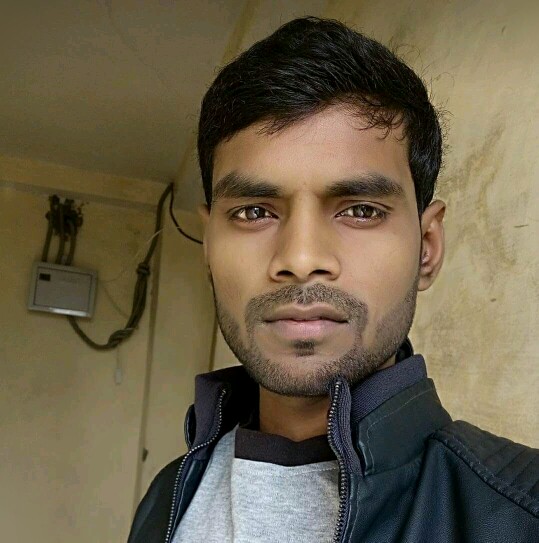 Rahul is working with Doorastha from the past 1.8 years as electrician and is responsible for R&D Production and troubleshooting. Rahul has previously worked with Atea Energy Pvt. Ltd. as R&D Production and troubleshooting engineer. He also has one-year experience of apprenticeship as an operator of CNC Automatic Robotic Machine with Denso India Ltd. Rahul has done Diploma in Electronics & Telecommunication. He likes reading books and playing cricket in his free time. 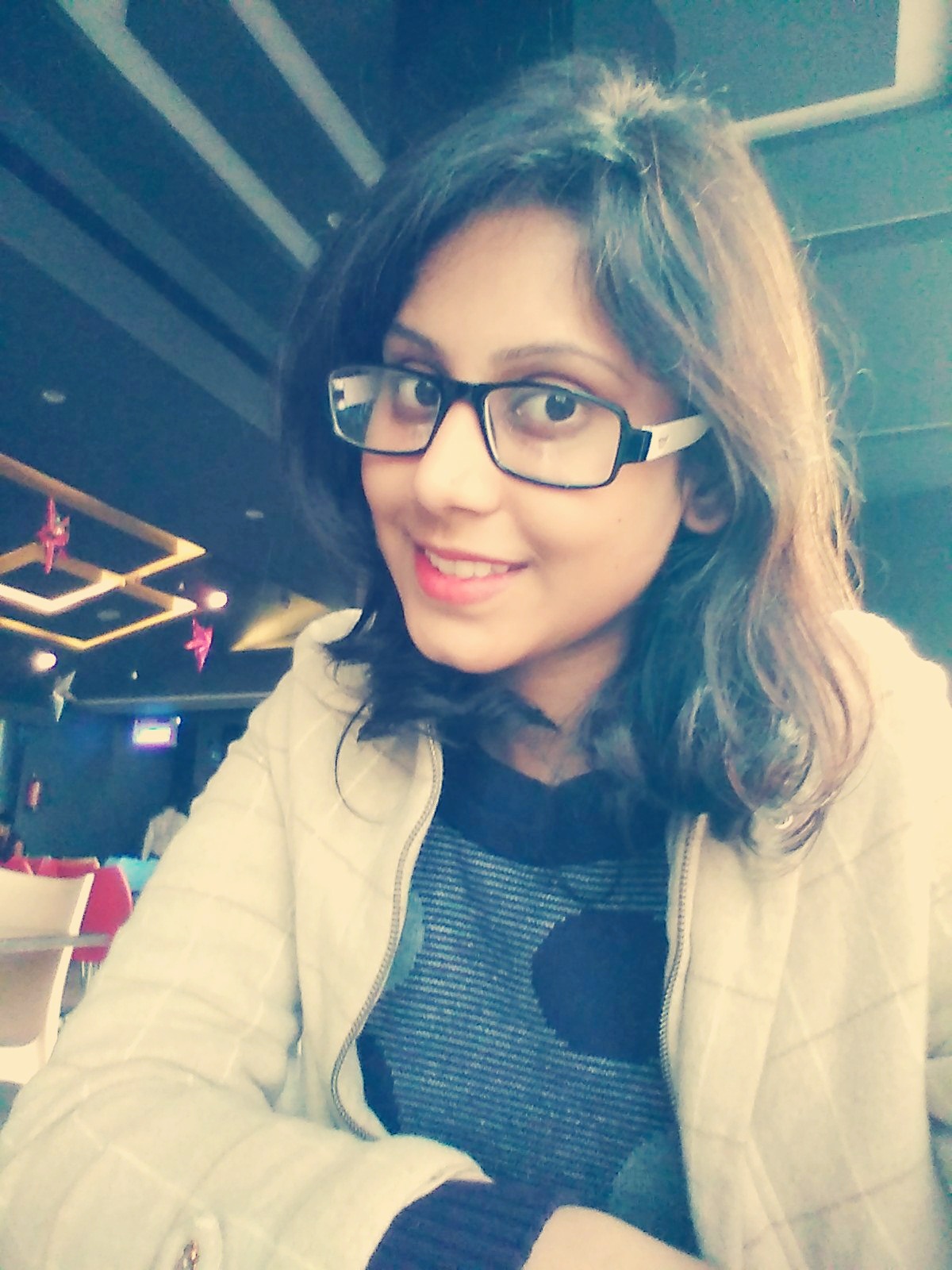 Preeti works at Doorastha as Development Analyst where she is responsible to carry out research in the field of solar off-grid for rural enterprises, assess and carry impact management. She is also responsible for handling socio-economic analysis, feasibility assessments for new solar micro-grid projects, and support the organization in fundraising and business development. Preeti is an M.Sc. graduate in Ecology & Environment Studies from Nalanda University. Her research interest includes Energy and Climate policy, issues related to sustainable energy transition, renewable energy policy, finance and economic growth. She has a keen interest in understanding the energy needs, energy access, attitudes of households, enterprises, and communities so as to devise financially sustainable business models for transition towards low-carbon sustainable energy solutions. During her graduate studies she has worked as Research intern with ATREE, Bangalore where she worked in the Climate Change & Mitigation Program to understand the socio-economic impacts of solar off-grid on rural electrification and at NISE, Gurugram she carried secondary research on the functioning of solar run biogas digester. She is passionate and inquisitive about research in the field of energy, environment and climate change and in free time she likes sketching and reading books.

Jasbeer is working with Doorastha as Office Support Staff. He helps in checking all the areas and rooms in office to meet the standards. He also helps in procuring the supplies required from day to day basis for the employees. Along with this he is passionate to learn new things and shows exuberance for learning such as recharging the user interface smart meter with Mobile App. 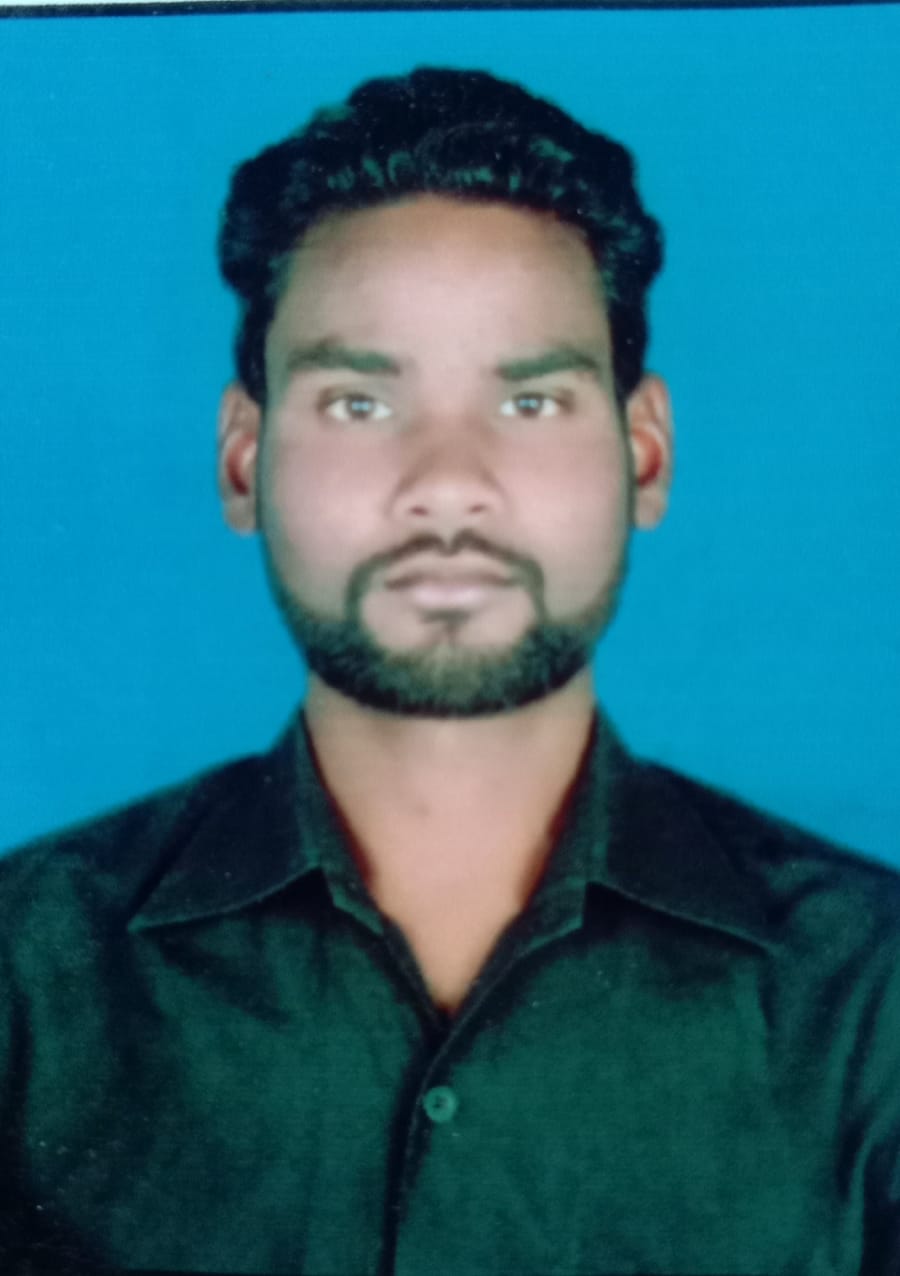 Dharmendra is our Field Operator in the Khutahan and Patti market of Jaunpur district, UP. He is our action hero who engages with the local rural entrepreneurs and market vendors. He is leading the clean energy initiative in the rural market of Patti and Khutahan market and helps in transforming diesel generator operators to supplying electricity through solar off-grid. He also carries market assessment of the existing and future potential markets for energizing the rural businesses with reliable clean power. 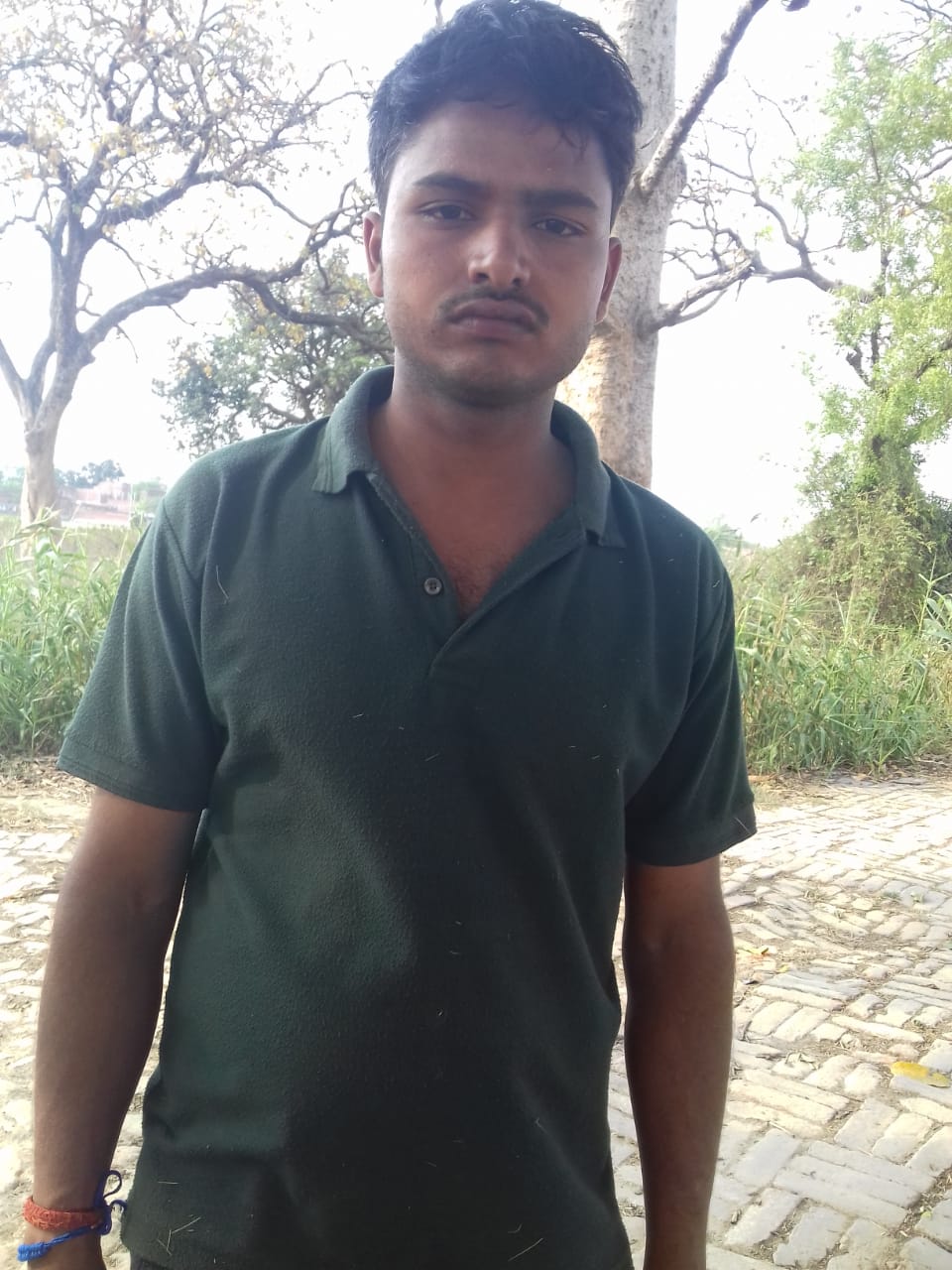 Rahul is Field operator for the Khutahan market. He is associated with Doorastha from the past two years, he collects payment from users and supply electricity to SMEs in the rural market of Khutahan. He is also involved in the installation of Solar DC Smart meters and its maintenance. He is also responsible for record keeping.

Doorastha Analytics is a Government of India recognized Startup Company (Registration No DIPP6215). The Company’s Renewable Energy Analytics solution based on it’s NFC and IoT based Grid Measuring and Monitoring devices was